I try not to comment on purely political issues, but sometimes they are just too infuriating.

Over the last few days, Max Baucus has been leaking “his” health care proposal, which should be made public. Regular readers will know I’m no fan of Max Baucus, whose main goals seem to be killing the public option (I know, it’s not as big deal as it’s made out to be, but it isn’t irrelevant) and cutting subsidies to poor people. But supposedly, the whole point of the Baucus/Group of Six approach was that it would result in a bipartisan bill that could clear the Senate. The tradeoff was very simple; a plan that isn’t as good as it could be, but one that could pass.

Yesterday, The New York Times reported two of the three Republicans in the Group of Six, Charles Grassley and Michael Enzi, are against the Baucus proposal, and even Olympia Snowe wants changes.

Sorry that took so many words. Because my main point isn’t that these are stupid objections – only some of them are – but this: what were you doing for the last two months? These are not new issues, or they shouldn’t be. Grassley is criticizing Baucus for pushing forward according to some “Democratic” timetable when they need more time. Time for what? It’s not like there is new information coming in.* Grassley is really using one of the oldest negotiating tactics in the book – drag things out, pretend to go along, wait until the other side is running up against time pressure, and then escalate your demands. And now Baucus has nothing to show for his supposed third way of bipartisan negotiations.

Either Grassley is using Baucus to (a) pretend he is interested in a bipartisan bill so he can (b) blame the breakdown on Democrats, forcing them to (c) try to pass the bill on their own, which is more difficult than it would have been in July. Or Baucus … Baucus has some trick up his sleeve that I can’t see that will make him come out of this looking good. (I’m no expert on Congressional politics, so he very well might.) Or the entire Group of Six is being played for fools by the rest of the Republicans. Check this out, also from The New York Times:

“The Republican leader, Senator Mitch McConnell of Kentucky, said he would be surprised if any Republicans ended up backing the proposal by Mr. Baucus.”

Well, there you have it. The one thing that makes me hopeful is that Baucus’s reputation rests on his getting something out of his committee, so I expect he will do it one way or another, whether it is with zero or one Republican vote. But a massive raft of concessions to get Olympia Snowe’s vote (and maybe lose some liberal Democrats) doesn’t sound to me like a brilliant legislative tactic.

* Actually, there is new information, and it isn’t good. There were the Census figures on the uninsured and the decline in employer-based coverage, and now there is the new Kaiser Family Foundation study showing that, once again, insurance costs rose much faster than inflation overall. (We wrote about the previous version of that study here.) 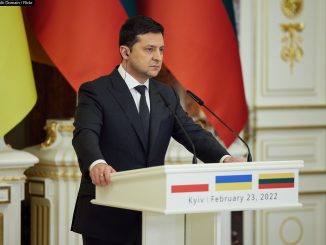