Google (GOOGL) is developing a new tablet based around its ‘Project Tango’ technology with advanced 3-D capabilities and two rear-facing cameras, according to a report by the Wall Street Journal. Google’s new Project Tango device, which is a platform for Android devices that is aimed at capturing 3-D maps of areas surrounding users, is expected to support a 7-inch screen, infrared depth sensors and “advanced software that can capture precise three-dimensional images of objects.”

The report suggests that production of the new tablet will begin at the end of June, just before Google’s annual I/O developer conference. The project is being developed by Google Motorola Mobility’s Advanced Technology and Projects division, which released a smartphone earlier this year with similar sensors, designed to create a three-dimensional map of a user’s surroundings. The Mountain View, California-based company has plans to produce about 4,000 of these devices.

Google’s new gadget comes at a time when tech companies are shifting their attention toward mobile. Smartphones and tablets are clearly becoming the preferred way to access the Internet for a majority of people rather than desktop computers.

Other companies including Facebook (FB) and Samsung Electronics are also reported to be working on advanced vision technologies. 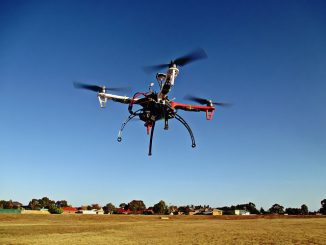