Among the headline-making cases the Supreme Court has agreed to hear this term, a less glamorous dispute has attracted relatively little media attention. Yet the decision could have wide-reaching implications for retirement savers nationwide.

At issue in Clark v. Rameker is the way in which bankruptcy affects individual retirement accounts inherited from a deceased owner. In this case, Heidi Heffron-Clark and her husband, Brandon Clark, inherited an IRA from Heffron-Clark’s mother. With some exceptions that apply only to surviving spouses, inherited IRAs cannot be used for further retirement savings. The beneficiary must either withdraw the balance within five years following the transfer or elect to take withdrawals over the beneficiary’s life expectancy.

During the five-year window, Heffron-Clark and her husband declared bankruptcy. Typically, IRA funds and other retirement savings are sheltered from creditors’ claims. Heffron-Clark and her husband originally relied on Sec. 522 of the bankruptcy law, claiming an exemption in bankruptcy for the inherited IRA. However, the bankruptcy judge found that money in an inherited IRA does not qualify as retirement savings, since the recipients could not use the account to save for their own retirement. This left the assets open to creditors.

A federal judge in Madison, Wis., reversed the ruling, saying inherited IRAs should be treated the same as such accounts would be in the hands of the original owner. This decision aligned with a prior Fifth Circuit decision, In re Chilton, which dealt with a similar issue. The Eighth Circuit also held that assets in IRAs do not cease to be retirement funds when the accounts change hands.

The Seventh Circuit created a split when it reviewed the case last April. The Seventh Circuit’s logic was that because the inherited IRA is available for immediate distribution, and is ordinarily required to be distributed within five years, it is no longer a retirement fund and thus doesn’t qualify for exemption. The opinion states that “by the time the Clarks filed for bankruptcy, the money in the inherited IRA did not represent anyone’s retirement funds.” The court added that the “distribution precedes the owner’s retirement” in the case of an inherited IRA, meaning that characterizing the assets as retirement funds “would be to shelter from creditors a pot of money that can be freely used for current consumption.” (However, inherited IRAs can be withdrawn over the lifetime of the inheriting beneficiary, which is the case here, according to the appellant’s petition for Supreme Court review.)

But the Seventh Circuit apparently failed to consider the fact Heffron-Clark’s mother did not incur any obligations to her daughter’s creditors. Did Congress intend that the money she saved for her own retirement – money she never got to spend because of her relatively early death – be used to pay her daughter’s debts?

There is a way to avoid this question altogether. If Heffron-Clark’s mother had engaged in some sophisticated estate planning, she could have made a trust for her daughter the beneficiary of the inherited IRA. This could have shielded the IRA assets from the daughter’s creditors. If the Supreme Court decides that inherited IRA assets are sheltered from the beneficiary’s creditors in bankruptcy anyway, savers and their estate planners might avoid the need for this more complicated, and more expensive, solution.

If you have a sizeable IRA and you also have children or other non-spouse beneficiaries, pay attention to the court’s decision in this rather obscure case when it comes down, probably next June. If the ruling goes against the Clarks, you ought to give some thought to protecting your own heirs from a similar fate.

Why the Tax Code is a Mess 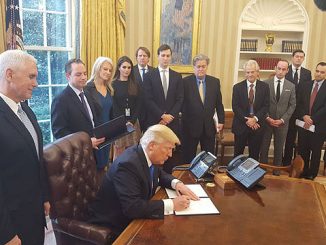