Armenians may have been troubled by Russian President Vladimir Putin’s visit to their country, as it seemed to be an exhibition of Russia’s tightening grip on Yerevan’s foreign policy. But in Azerbaijan, the visit occasioned a different sort of fear: that Putin was confirming Russia’s military support for Armenia in a potential conflict with Azerbaijan over the disputed territory of Nagorno Karabakh.

One military expert in Baku, Uzeyir Cafarov, said that Putin’s support for Armenia would increase the risk of conflict. “We must be extra careful regarding the situation on the front line in January and February. It is possible that local clashes will take place on the front line. Russia continues to play double games. We must not give in to this and must bring into Russia’s attention that its position on the Karabakh conflict is biased,” Cafarov told the newspaper Azadliq, according to a BBC Monitoring report.

And member of parliament Zahid Oruc told sia.az (also via BBC Monitoring), “With this visit and by increasing the number of Russian troops in Armenia, Russia is stimulating the regional arms race and pushes others to this. This is a threat to the lasting peace in the region.”

Baku’s concern about the Kremlin’s intentions was piqued earlier this fall when the commander of the main Russian base in Armenia told an official Defense Mininstry newspaper that Russia “may join in the armed conflict” against Azerbaijan if Baku decides to try to take back Karabakh by force. Moscow’s silence in the face of strong diplomatic objections by Baku raised the question of whether the Kremlin really would take such an aggressive position against Azerbaijan. An interesting piece by Arkady Dubnov in RIA Novosti argues that Putin’s visit to Armenia was in part intended for him to get a personal briefing on whether or not the Russian forces in Armenia were actually capable of carrying out that mission. Dubnov writes:

Now it is known why [Moscow has been silent on that question]: the Russian commander-in-chief needed first to be personally convinced that the implementation of the tasks formulated by the commander of the 102nd base were in the base’s power. The report, given to him by Colonel Ruzinsky [the base commander], evidently took on this task and was exhaustive.

The commander especially highlighted the features of the military component of the base — “the presence of air defense systems, capable of detecting and defeating air means of attack at all heights.”

By all appearances, the Russian president was convinced by the report…

Dubnov also suggests that Russia’s recent military overtures toward Azerbaijan were likely motivated at least in part by a desire to pressure Yerevan into joining the Customs Union and stop integration with the European Union. And in that context, this visit to Yerevan was a message that “yes, we’re on your side.”

However, when Putin was asked about this in a press conference after his meeting with Armenian President Serzh Sargsyan, he dodged the question. Asked by a journalist what Russia would do in the event that “Azerbaijan’s militaristic statements were to be realised,” Putin replied:

If you continue to repeat this aloud, then the conditions for achieving a peaceful settlement will be compromised, and other aspects of the problem will become preponderant….

In my opinion, to talk hypothetically about what we would do if a war were to break out is totally counterproductive. It would look as if we are preparing for war, and we must, as the President of Armenia already said, ensure that all sensitive issues are resolved exclusively by political and diplomatic means. We shall continue to work towards this.

Translation: We may be on Armenia’s side, but we’re still hedging our bets. 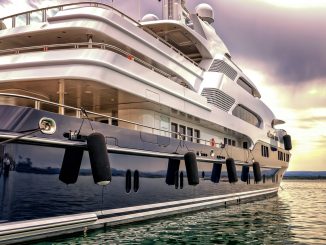 Ukraine: Not to Go All Lenin on You, But: What Is To Be Done?