After a survey on Tuesday showed a massive decline in homebuilder confidence, a prominent economist said that the US housing market remains in “free fall.”

In October, homebuilder confidence fell for the 10th month in a row and reached its lowest level in a decade, according to the National Association of Home Builders’ (NAHB) monthly survey. The most recent decrease occurred as mortgage rates surged to levels not seen since the Great Recession.

NAHB’s survey also showed that traffic of prospective buyers recently hit its lowest level since 2012 (not counting the two-month period in 2020 when the pandemic first started).

According to Ian Shepherdson, chief economist at Pantheon Macroeconomics, the survey’s results were “disastrous” and showed that the current deterioration in the housing market does not appear to have a bottom yet.

“The plunge in the NAHB index makes it clear that the reported jump in new home sales in September was much more noise than signal,” Shepherdson said in a note to clients. “In short, housing is in free fall. So far, most of the hit is in sales volumes, but prices are now falling too, and they have a long way to go.”

Shepherdson added that Pantheon has seen a continuous decline in mortgage applications over the past few weeks, likely in response to rising interest rates. He also noted that the increases in long-term rates are likely to cause a decrease in home sales early next year, at the very latest.

Based on the NAHB/Wells Fargo Housing Market Index, builder confidence in the market for newly built single-family homes dropped eight points in October to 38, a level that is only half of what it was just six months ago. A homebuilder sentiment index reading below 50 indicates negative sentiment.

NAHB said the current reading is the lowest it has been since August 2012, with COVID-19 being the only exception in recent years. The outlet also highlighted the fact that the sharp increase in mortgage rates this year, has made buying a house more difficult for people who were already struggling with high home prices.

This year, mortgage rates have more than doubled as the Federal Reserve moves forward with a series of aggressive interest rate hikes. While the Fed’s benchmark interest rate and mortgage rates are not directly linked, a higher benchmark rate generally means that banks will charge more for loans, and that includes mortgages.

Of course, there are other factors that impact mortgage rates, including the yield on the 10-year Treasury note and the demand for loans, but the direction of the Fed’s benchmark rate is a good indicator of where mortgage rates are headed.

According to tech real-estate marketplace firm Zillow, home prices in more than 550 US markets are projected to decrease over the next 90 days. In addition, this summer saw home values decline in more than two-thirds of America’s top housing markets as mortgage rates increased. And what that means is that even if we avoid a recession, US home prices are now on a downward trajectory. 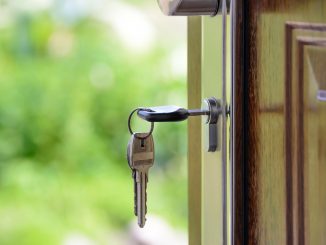