Like many things in life, timing is everything when it comes to investing. One of the most famous traditional market adages is “sell in May and go away.” The thinking behind this is that the summer months are typically slower for the stock market, so it’s a good time to take profits and wait for the fall when things pick back up again.

However, when it comes to Bitcoin (BTC), this may not be the best strategy. A close look at market data reveals that BTC has actually fared quite well during the summer months over the past few years. In fact, June has been a relatively good performing month for Bitcoin since 2015, with gains in four out of the past seven years. This doesn’t mean that there isn’t risk involved, but it does suggest that selling in May may not always be the best move for BTC investors.

According to an analysis by Coindesk, Bitcoin has a history of gaining in value during the month of May, with gains in seven out of the past eleven years. Additionally, May has also been the “fourth-best month for the cryptocurrency, averaging 289% gains over 11 years.”

This trend may continue in 2022, as the world economy faces uncertain times due to major macro-economic issues including infla­tion, employment and economic growth.

Bitcoin is seen as a safe haven asset by many investors, and a price reversal from the current downtrend remains a possibility due to demand from those looking to protect their wealth. With global stock markets still volatile, and traditional safe havens such as gold and the US dollar also seeing fluctuations, many investors could turn to Bitcoin as a stable store of value.

Alex Kuptsikevich, a senior market analyst at FxPro, wrote in an email to Coindesk that BTC’s month of May “average rise was 27%, and the average decline was 16%. Under these scenarios, the estimated average range for BTC at the end of May is between $32,000 and $48,000.”

That said, when it comes to investing, past performance is no guarantee of future results. This is especially true in the case of Bitcoin, whose market composition has changed significantly since 2020. Two years ago, the total market cap of the flagship crypto was around $600 billion. Today, it is over $735 billion, down from $1.3 trillion on Nov. 7, 2021. This increase in value is due to several factors, including venture capitalists and other investors putting more money into Bitcoin-related companies, which is helping to drive innovation and adoption.

These entities, which have a much greater influence on BTC prices than they did in the past, tend to treat Bitcoin as a risk asset, meaning that they are more likely to sell off their holdings if bearish conditions persist on Wall Street. Speaking of bearishness, prominent commodity trader Peter Brandt explained in a recent tweet that the completion of a bear channel, which has been forming since the middle of Feb., could see Bitcoin drop as low as $28,000.

So, is Bitcoin immune to the ‘sell in May’ adage? The short answer is yes. Historical data suggests that holding Bitcoin throughout May and into June has resulted in positive returns more often than not. However, this does not guarantee future success and traders should always do their own research before making any investment decisions. 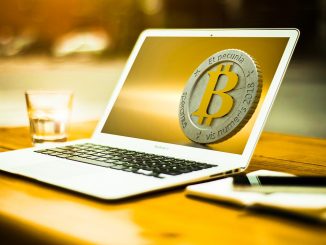