Almost a year ago, one of Albert Einstein‘s last major predictions was validated as gravitational waves from a pair of extremely massive blackholes crashing into each other were detected for the first time. More accurately, that discovery in 2016 corroborated the discovery made earlier in 2015.

To be clearer, the first gravitational waves were actually detected by the Laser Interferometer Gravitational-Wave Observatory (LIGO) in September 2015. However, it was only after LIGO scientists detected additional gravitational waves in June 2016 that they were able to ultimately confirm that the waves did exist, and that the earlier discovery was no fluke.

Gravitational waves are created when super-massive objects disrupt space-time. As Einstein said, these massive configurations stretch space. And as it turns out, LIGO isn’t just capable of detecting these waves; it’s also capable of generating such waves.

Right now, LIGO has two detectors — one is in Hanford, Washington and the other is in Livingston, Louisiana. Each detector is comprised of a pair of crossed rulers that are 4 kilometers long. To detect the warping of space, scientists constantly compare the lengths of the rulers by using laser light. As light waves continually bounce from one mirror at the end to the mirror on the other end, and vice versa, the length of the light waves are combined and compared to check if they cancel out each other or reinforce one another (an optical technique known as interferometry). To detect a gravitational wave, the lengths of the two arms must be compared to within 1/10,000th of a proton width.

When the LIGO scientists realized that they can detect gravitational waves, they began to believe that their detectors might be able to generate the waves too. And they turned out to be right. By using a quantum mathematical model, they were able to demonstrate that their detectors were indeed capable of producing tiny space ripples. The keyword here is ‘tiny’. But it’s enough to use it as a starting point if you will. Because even if the waves created are almost too infinitesimal to be detected at all, being able to create them proves that the detectors can be used to study quantum mechanical effects among fairly observable objects.

According to quantum mechanics, tiny objects such as photons and electrons are capable of being in two places at once. Some scientists believe that it might also be possible to influence slightly bigger objects to be in the same kind of quantum motion.

Physicist Belinda Pang from the California Institute of Technology (Caltech) in Pasadena, who presented their analysis at the recent American Physical Society meeting, says that LIGO and its gravitational wave generation capability can be just what’s needed to make that happen. And even if sustaining that induced quantum state will be quite difficult, it can still give some insight into the mysterious quantum world. Anything that can shed some light on that is worth exploring.

As reported by Science, Pang was quoted as saying: “It’s unbelievably difficult. But if you want to do it, what we’re saying is that LIGO is the best place to do it.” 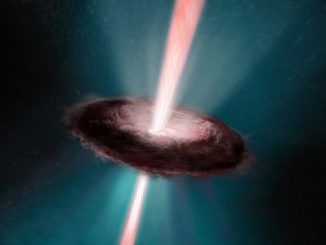