The drumbeat about Trump’s connections to Russia pounds on, and is mainly sound and fury, signifying nothing. The campaign consists mainly of unsubstantiated theories, insinuations, and innuendo. Further, these appear to be tenuous at best and are often wildly implausible.

This theory has been floated by Democratic operatives, by George Will (heretofore not suspected to be a Democratic operative), and the #neverTrump crowd, and echoed repeatedly in the media. In ironically Russian fashion, the campaign has moved to social media, where reliable little pilot fish plumping for media attention and maybe even an apparatchik role in the Clinton administration (yeah, I’m looking at you @CatchaRUSSpy) are spreadin’ the word.

Now if you were talking about Soros, no doubt he has massive number of business dealings that have escaped the public eye. But Trump? He’s all about the publicity. What’s more, litigation and leaks from partners or bankers would have almost certainly revealed any major dealings long ago. If Trump has succeeded in keeping some big deal in Russia completely secret for years, he’s the man we need in charge of our national security! He would clearly be far more capable of keeping secrets than Hillary.

As for his not releasing his tax returns, I can think of 1,000 better reasons than concealing past dealings with Russians. This fact is overdetermined, to put it mildly.

Trump has been quite open in the past about his attempts to get into Russia, and how those attempts came to nothing. And let’s be real here. Every major business in the world looked to Russia as a huge opportunity in the 90s, and into the 2000s. For many–most, arguably–it ended in tears. Yes, look askance at businesses that did well there: many almost certainly succeeded because of corrupt deals. I’m thinking Siemens, or HP. (And to be fair, it seems that Siemens bribed everybody everywhere.) But those who tried and failed (a) can’t have continuing relationships that would be advanced or jeopardized, (b) likely didn’t pay bribes, or bribed the wrong parties, and (c) are likely to have a rather jaundiced view of Russia and Russian politics.

Further, when you are talking about Russia, past business dealings have very little connection with current conditions. One of the most pronounced regularities of Russia is that those who are riding high one minute quite often come to very hard falls somewhat later. Yesterday’s insiders are outsiders and sometimes pariahs today. If you have a connection with someone who is now on the outs with Putin, that connection is a liability to be shed, not an asset to be maintained.

Further, as Russia recovered from the 1998 crisis, and was riding high during the oil price boom, previously successful Westerners were considered less and less necessary, and were sidelined and forced out. Westerners became resented as parasites who attempted to exploit Russia’s weakness. Successful foreign investors had a huge target painted on their backs: look at TNK-BP, or Telenor/Vimpelcom. Once they didn’t need your money, they looked for any way to take the money you’d already made.

In the aftermath of the 2008-2009 crisis, Western financial connections became even more suspect as threats to Russian sovereignty.

And for those who have been paying attention Putin has been dramatically narrowing his circle of insiders, and that circle consists increasingly of those from the security services. Indeed, even some of the various security services are being left out in the cold. And worse: for instance, the head of the customs service was recently raided. Right now, the FSB, the GRU, and Putin’s new national guard are inside the circle. Everyone else dreads the knock at the door.

Insofar as biznessmen are concerned, (a) Putin has always had a deep suspicion of them, and (b) those who were seemingly favored in the 90s and 2000s are clearly on the outs now. The favored business people at present are Timchenko and the Rotenbergs. Show me any Trump dealings with them, and we’ll talk.

But this last point raises one of my pet peeves. Those who now pontificate on Russia and Trump’s connections clearly have NOT been paying attention. They betray a superficiality that would be embarrassing in a comic book. Many of the people and things that they mention became irrelevant years ago.

Further, one should be chary about claiming that they know what goes on in Russia, and in Putin’s pea-picking mind. Riddle, mystery, enigma, and all that. But fools rush in where angels fear to tread. And many a fool is making bold claims about a country and a politician they know little about, can know little about, and which until recently they ignored altogether. But now they’re experts.

The very byzantine nature of Russian politics and business over the last 25 years means that very few outsiders have navigated it successfully, even for a time, let alone many years. All I can say is that if Trump was (a) able to survive and thrive in that world, and (b) do it without anybody knowing, he’s a Machiavellian mastermind who would scare Putin to death.

The strained attempts to tie Trump to Putin are also transparently intended to distract attention from the embarrassing content of the DNC leaks–and, methinks, preempt leaks that are likely to come, from the Clinton Foundation, or even from Hillary’s server.  It’s a twofer for Hillary: discredit the message by emphasizing the malign (alleged) messenger, and tie the malign messenger to her opponent.

Beyond the implausibility of the insinuations, I doubt this will affect anyone who is not already a Hillary acolyte. Russian generally and Putin specifically are not bogeymen to most Americans. It’s not 1983. It’s not as if there are many people out there who would say “I liked this Trump fellow, but this Russia business  is just too much.” Those who don’t like Trump have many other reasons to do so; those who do are likely care little about Russia one way or the other; and those on the fence likely rank Russia low on the list of factors that will cause them to jump one way or the other.

So in the end, I find this obsessing about a Putin-Trump bromance to be amusing and embarrassing. I would be shocked that there’s any there there. It runs counter to Trump’s type, and it runs counter to history. The controversy transparently (pants?) suits Hillary’s political needs. Those who are hyping it are clearly partisan, and clearly ignorant. There are plenty of real issues to talk about, involving both Hillary and Trump. Let’s get on with that. 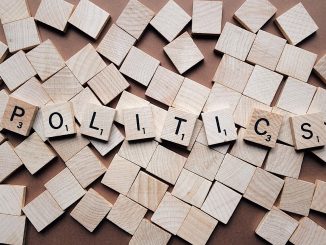