As soon as the results of the election are known, President Obama or President Romney will be beset with a list of difficult decisions: What to do about the fiscal cliff, whether to cut the federal deficit, how to implement healthcare reform or how to get rid of it,  whether or how to create jobs.

But the biggest decision facing the next president—and Americans in general—goes far beyond the ‘fiscal cliff’, or any of the machinations which fascinate Washingtonians. Should the United States follow its current path of long-term stagnation, or should we choose a road that likely leads to rapid—but disruptive—growth?

This choice will have huge and resonating consequences. In a slow-growth economy, government leaders must focus on apportioning pain and austerity. The rich and the poor within each country or region struggle over scarce resources, with predictable consequences. We are seeing the face of the stagnant future in Europe now, where country after country are being forced to absorb massive cutbacks. Slow growth means that our children will be poorer than we are.

A high-growth economy is based on innovation and the willingness to strike out into new areas. Rapid growth makes it easier to deal with purely financial problems such as the budget deficit—remember that Bill Clinton was able to produce a budget surplus in the 1990s.  Moreover, innovation challenges the status quo and breaks down the rigid income inequalities.

As you might guess, I favor the high-growth economy and the optimism about the future that comes along with it. But we can’t fool ourselves–innovation is fundamentally disruptive and risky. We’re not just talking smartphones and tablets. The list of potential breakthroughs is long and growing—3D printing to reinvigorate manufacturing, biotech to transform healthcare, nanotech to create new materials. Each of these potential breakthrough technologies can destroy existing businesses and jobs even as they juice up growth.

The high-growth versus stagnation decision does not fit easily into party boxes. There are Republicans and Democrats who favor the status quo and stagnation, just as there are Democrats and Republicans who favor innovation and a high-growth economy.  This lack of ideological clarity explains why the debates barely mentioned the internet or mobile (See here).

But now that the election is over, it’s time to press the new president to actually move into the 21st century, and deal with what will likely be the question that defines the next Administration–what kind of growth do we *really* want? 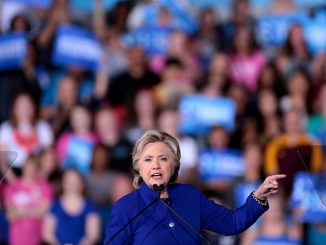 Emerging From The Presidential Election Jungle

Bernie, Hillary, and the Banks