Mars may be our nearest neighboring planet, but with the conventional rockets we have right now, it will still take us about five months to get there. And that simply isn’t satisfactory. There has got to be a way to make that trip shorter.

There are currently a few ongoing projects working towards this end. There’s the controversial propellant-less EM Drive which no one can explain for certain how it works, but has somehow passed its initial test.

And then there’s Charles Bombardier’s space train concept — the Solar Express that is envisioned to travel at approximately 1,864 miles per second, or 1% the speed of light, and cut travel time to Mars from a few months to just 2 days.

There’s also Positron Dynamics co-founder and CEO Ryan Weed’s antimatter-powered rocket that will make use of matter’s annihilation property — hit matter with its anti-matter counterpart to annihilate each other and generate pure energy that will be used to power the rocket and blast it into space with an accelerated speed that can enable travel to Mars in just a few weeks.

And now comes the latest bet:  photonic propulsion — a concept that was explained by NASA scientist and University of California Physics Professor Philip Lubin in a recent video (posted below) released for NASA 360. It basically makes use of a beam of light for propulsion, hence the name photonic propulsion, for photons or visible light particles.

Lubin heads a team of scientists who has recently been given a $100,000 NASA Innovative Advanced Concepts (NIAC) grant to start planning and testing this photonic propulsion project that’s being called Directed Energy Propulsion for Interstellar Exploration or DEEP-IN.

To make the plan work, a laser array first needs to be placed in the Earth’s orbit. This orbiting laser array will then be used to push a solar sail. Much like a normal sail that catches wind to propel water vessels, a solar sail works the same way. Instead of wind, however, it catches light, and uses this to propel a space-bound probe — one that’s ideally ultralight (wafer-thin is how it’s being described), fuel-less, frictionless, and capable of travelling for a longer period of time at a speed that has so far been unattainable — 621 miles per second, or about 30% the speed of light.

While the concept sounds pretty much like another science fiction movie plot, Lubin says it’s not that far-fetched because we already have the technology. It just needs to be enhanced further. If successful, an umanned probe using photonic propulsion is expected to reach Mars in only 3 days, while a manned craft will take about a month — four months faster than any normal spacecraft can do at this time.

It’s a grand new idea, and it comes with a myriad of potential problems, of course. Primarily, there’s the challenge on how the probe would be able to decelerate when it reaches Mars. There’s also the certainty of encountering space debris and how to protect the craft from those. Then there’s ‘time dilation’, the concept that says that as one gets farther out in the universe, the slower time seems to pass. Plus there’s also the matter of how we can beam the information back to Earth.

All those problems aside, the idea that we have in our midst viable tech that can revolutionize space travel is quite an exciting one. Especially because it’s production is not expected to be at an exorbitant cost. By successfully making these solar sails, Mars will just be one among the many possible destinations. So, let’s all patiently wait and root for Lubin’s team to work their way towards the new age of space travel. 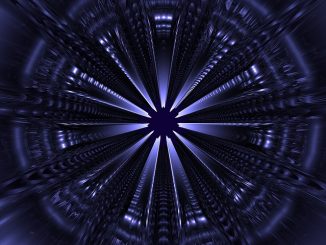 Leave a Reply to B. Ware Cancel reply