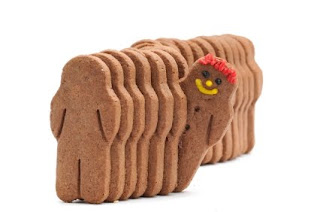 J.P. Morgan is upgrading Investment Technology Group (NYSE:ITG) to Overweight from Neutral with a $16.50 price target calling it a deep value stock.

– Upgrading ITG to Overweight – Unloved and Largely Ignored, But Management and the Board Have Options.

– With some help from ITG’s balance sheet this could be a $18 stock, according to JPM.

With the stock underperforming materially in 2011, particularly since preannouncing soft 2Q11 results on July 12,
2011, the firm see management having capital management options that could be particularly positive for investors. The core of JPM’s thesis is two fold –

1) ITG has the free cash flow to borrow against a cash rich balance sheet and buy a materially percentage of its stock.

JPM believes that ITG’s mgmt. is well positioned to be more aggressive in returning capital to shareholders, taking advantage of the recent steep drop in its stock. Over half of ITG’s ~$12 stock price is in cash – they estimate ~$7 per share. While much of this cash is trapped to support the business, ITG’s mgmt. has only been returning moderate capital to shareholders. However, with share price down 27.5% in 2011 and Private Equity in the sector, they think that pressure is on mgmt. to create additional shareholder value. Borrowing $170mn (1.5X trough 2Q11 EBITDA) and using the proceeds to purchase shares at $13 would increase ITG’s 2012 EPS by 30%, driving the stock to $18, at 12X earnings.

Management has listened to shareholders in the past, initiating a stock repurchase program following encouragement of D.E. Shaw in 2007. Given a significant decline in ITG’s stock price, they see the potential for the CEO and Board of Directors to take stronger action to deliver shareholder value.

ITG fundamentals challenged in 2Q11, but earnings outlook acceptable given cost cutting initiatives. ITG’s earnings are tied to equity trading commissions, which were solid in 1Q11, but struggled in 2Q11. However, mgmt. announced a meaningful expense reduction program in early July to offset recent softness in industry trading volumes. This program should not only mitigate weak volumes should they persist into 2H11, but increases ITG’s leverage to better trading volumes in a seasonally stronger 1Q12.

ITG – A Deep Value Stock
Firm thinks ITG is especially inexpensive. After peaking earlier this year at ~$20 per share, the stock has declined as both industry volumes sank and as the perception of ITG’s customer mix deteriorated from higher fee paying mutual fund customers to lower fee paying brokers and lower touch customers. ITG stock has fallen 27.5% in 2011, including a 21% decline earlier in July following its earnings preannouncement.

ITG Trades at 10x JPM’s 2012 Estimate of $1.18, FCF Yield Is An Attractive 13%. ITG trades at 15X what they expect will be trough earnings in 2011, and an inexpensive 10X times their 2012 estimate. Similarly positioned company, such as Knight Capital is trading at 8X JPM’s 2012 estimate. However, ITG has a much higher FCF yield relative to Knight Capital – ITG’s 13% based on 2Q estimates vs. Knight’s 8%.

ITG Has No Sell-Side Support – No One on the Sell side Has a Buy on ITG! JPM believes there are a number of data points to suggest ITG is being ignored by the investment community. One example is that of the nine analysts that provide research coverage on ITG, there are no ‘Buy’ ratings – eight analysts have “Holds’ and one has a ‘Sell’. Firm notes that according to Bloomberg, 7% of the float is held short.

Notablecalls: What do you think will happen to a $500M company (a small-cap!), that nobody loves & seems to have forgotten about when a Tier-1 firm like J.P. Morgan comes out swinging calling it a Deep Value play with a hefty 50%+ upside price target.

It goes up! Big time.