Yesterday’s selling wave that slashed commodities prices is a reminder that this is a volatile asset class and so its value is limited as an input for setting monetary policy. Once again, we have a real-world lesson in why central banks focus on core inflation, which strips out food and energy prices. It’s hardly reasonable to ignore commodities in monitoring future inflation expectations, but it’s easy to go overboard with reading too much into raw materials prices.

Recent history surely offers a lesson in humility on this point. Back in mid-2008, when the Great Recession was well under way (even though it wasn’t yet obvious to all), the trailing 12-month percentage change in headline consumer price inflation was elevated at north of 5%–more than double the rate from a year earlier. Headline inflation includes food and energy prices, and the message seemed to be that inflation was set for a sustained run higher. In fact, it collapsed shortly after, descending into a bout of deflation. Should we have been skeptical of headline inflation’s warning signal? Yes, because core inflation (the red line in the chart above) remained relatively stable during the 2007-2008 surge in headline CPI.

That brings us to yesterday’s collapse in commodities prices. The cash price of oil (West Texas Intermediate), for instance, dropped under $100 a barrel on Thursday, down from nearly $115 a few days earlier. Now it’s possible that prices could just as easily run higher in short order. But that’s the point: the nature of commodities is volatility, and seemingly small bits of news can trigger big moves.

That’s a problem for setting monetary policy, which has no choice but to work with long lag times. That inspires looking beyond commodity prices for clues about future inflation. An obvious place to start is with the bond market, and here we find that the latest signal remains relatively subdued. The market’s inflation outlook, based on the yield spread between the 10-year nominal and inflation-indexed Treasuries, slipped under 2.5% yesterday. That’s roughly where it was three years ago, on the eve of the financial crisis that roiled markets and economies the world over. Ah, but isn’t the rise in inflation expectations from lesser levels in recent months a sign that pricing pressures are becoming threatening? Not necessarily. Recall that the Fed’s QE2 stimulus program launched late last year was intent on boosting inflation expectations, albeit modestly, and on that score one can say that the program has been a success. Sitting idle and watching inflation expectations rise from current levels would be a mistake, but for the moment, at least, it’s not obvious that the crowd is worried about a new round of higher prices.

The danger is that commodity prices resume an uptrend for the long haul, which could lay the groundwork for higher inflation that’s more than transitory. But as Paul Krugman notes, even if you think commodity prices are set to double over the next decade, that would add a modest 50 basis points to inflation’s pace. Why? As data from the San Francisco Fed shows, commodities represent a “small” slice of personal consumption expenditures–roughly 5%.

Let’s recognize, too, that yesterday’s rising trend in new jobless claims further weakens the case for thinking that inflation’s set to surge higher. The commodity markets seemed to have taken the hint, but the jury’s still out on the inflation hawks who’ve been arguing that the Fed should start hiking interest rates… NOW.

There’s a reason that the economics literature advises that core inflation is a better measure vs. headline. Monetary economists didn’t dream this idea up out of the blue. Rather, it’s knowledge formed over decades of analysis of how prices and macroeconomics interact. Facts are still stubborn things. 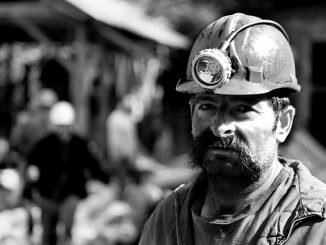 Commodities May Gain 20% by the End of the Third Quarter