When I look at the present economic environment, I am not encouraged. But if you really want me to be discouraged, talk to me about politics.

For the last 40-80 years we have been borrowing, whether implicitly (pensions, retiree healthcare) or explicitly, deferring problems into the future, where they will be compounded with interest and survivorship (lifespans have lengthened, Kaiser, and sadly for those who pay, they want a high quality of life in their dotage).

So, at present, legislators are more partisan, whether in the states or at the federal level. Why? There is less slack. Let’s start at the state level, because most of them have to balance their budgets, and can’t print money to help out.

Many states are screaming in pain. As such, they tell their legislators in the Federal Congress to send back money. But that toughens the debate on the Federal level.

With almost all state budgets fighting against a deficit, and some in deep trouble, it makes for interesting and ugly politics. Much of this was created by optimistic assumptions of what could be earned from equities over the long run, much of which is now being slowly repudiated, as markets fail to live up to expectations.

The Federal budget is hopelessly out-of-whack, with 4-5% of GDP deficits out as far as the eye can see. So, what do we do about it?

1) Raise Taxes. I don’t like this idea, because the US Government has entered many areas where it should not be. I would rather see the discretionary government shrink considerably. Also, remember, Social Security and Medicare are not guaranteed. Congress could wipe out all benefits tomorrow, and face a political firestorm. But remember, in the Great Depression, that is just what they did. This is why I don’t insist that rates must head higher. It depends on society as a whole.

2) Inflate the currency. Ugh. Oppress the elderly, who cannot work to make up the difference? Create a new inflation mindset that has all of us focusing on the short-term. Inflationary economies by their nature become more and more short term.

3) Default on obligations. There are several forms of this:

a) Total default: anyone with a Treasury Note is a sucker. Global depression ensues.

b) External default: we do not honor external obligations, but honor internal ones. Global depression ensues, but the US does relatively well.

c) Internal default: what, are you joking? Why do we pay off the losers who lent to us?

As we look at Greece, Spain, and Portugal, we chuckle over the foolishness of the EU thinking that they could have monetary union without full political union. It didn’t work under the Confederation, why should it work elsewhere?

But we should not chuckle. After all, we have California, Illinois, and New York, and more waiting in the wings. There is no bankruptcy code for the states. I am not sure what happens if one state does not pay, aside from being shut out of the municipal bond market.

So, my point remains — what are we going to do? Raise taxes, inflate the currency, or default? Perhaps in a real crisis, we would slim down the government. We might also decrease Social Security and Medicare benefits. We might also amend ERISA, to allow for reductions in pension payments. In a real crisis, nothing is fixed.

Or, we might tax a lot more — the depression was an example of that. That is a reason that I am not a total bear on Treasuries.

The government has choices to make. What should they do? Offer your answers as best you can.

Just How Helpful is Inflation? 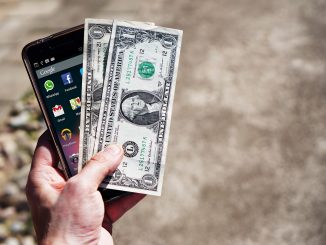