The Fed push rates towards zero. The White House stretches the intent of TARP in order to bail out the automakers. Bernie Madoff dominates the headlines. What do all three things have in common? Brutally short-term thinking.

Fed policy: This last leg down in Fed policy is only sure to do one thing: lay the foundations of another credit bubble and hyper-inflation when consumption resumes. The impact on consumers of short-term rates approaching zero is limited. Most consumers care about term rates generally, and mortgage rates specifically. Banks and other financial institutions, however, are heavily reliant on the short end of the yield curve to finance operations, where ultra-low borrowing rates help them rebuild their capital positions by holding term Treasuries, financing short and riding the yield curve. This is what helped banks in the early 1990s. But short rates are now so low that a river of money is building, a river that will eventually become so powerful that it will ignite inflation at the first sign of economic activity. Did the Fed need to ease policy any further than it already had? No. They are focused on the wrong thing. Keep term rates low (while preserving an upward-sloping yield curve) without pushing short rates down to Japanese circa 1990s levels, in order to strike a balance between supporting consumer and institutional balance sheet rebuilding and sowing the seeds of future inflation. In sum, a perfect example of short-term thinking.

TARP for autos: The White House perceived a game of political chicken and caved. Consider the $17 billion flushed down the toilet. Punting to make a hard decision another day with yet more taxpayer money. Call it a premium payment for an intelligence option. Hopefully, somebody in power will grow another lobe on their brain in order to develop a fundamental solution to the automakers plight. I’ve blogged about this before and won’t repeat it here, but mine is a fervent view that an organized bankruptcy process is the only chance we have to both create a smaller, yet viable US auto industry and to prepare displaced workers for roles in other companies and initiatives (such as the looming infrastructure projects on Obama’s mind). These incremental solutions simply won’t work and represent yet another squandering of your money and mine (see Citigroup, $25 billion down the toilet).

Bernie – money for nothing, returns for free: So many are looking for the free ride, the easy way to fame and fortune, and Bernie Madoff gave them the chance. The fund-of-funds entrusted with people’s money for whom their only job is to perform due diligence and asset allocate, neither of which they did very well? Greed and incompetence are now the adjectives characterizing the industry. The SEC? Their work was effectively done for them by a whistle-blower, and even with this they couldn’t shut down what we know today to be a fraud on an historical scale. The number and breadth of entities that failed in the Madoff scandal are truly mind-boggling. But, as usual, the reason for the “miss” was pretty clear: Madoff’s purported returns made doing the job really easy, and I look like a connected genius for getting in and staying in. Too bad by not doing the work you lost. Big time. 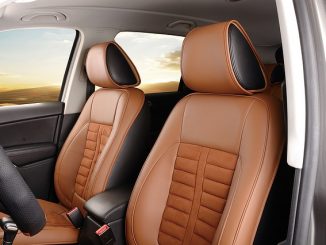