In a BBC interview, Warren Buffett criticized the huge bonuses being paid to those in the banking industry and called for a stricter “progressive” taxation system and a fairer society.

[Guardian] “I get paid enormously, and it’s no great credit to me. I was just lucky at birth”, Buffett said. “It’s nice to give me a fair amount of the benefits from that but I shouldn’t delude myself into thinking that I’m some superior individual because of that.

I don’t think society ought to count entirely on the goodwill of the rich to decide on the proportions that go back. So I believe in a very progressive tax on income.”

Talking about the public’s anger over the banking crisis Buffett said he sympathises with those who are furious with the bankers who helped to create the financial crisis. Bonuses being paid this year to Wall Streets’ towering geniuses are not a reward for talent, but the product of taxpayer support. The anger consists primarily on the the false perception being induced out there, that if the Main Street insists on cutting back banker’s bonuses, it will pay a heavy price. As if we’re not already.

“It’s infuriating for people to see their friends losing their jobs, their friends having their homes foreclosed on and no one going to jail, said Buffet. “It was one thing in Enron, at least you had [Jeffery] Skilling and Ken Lay, or WorldCom or those things … society at least felt there was a little bit of vengeance taking place. But here nobody’s going to jail, in fact a lot of them are walking off with tons of money, which they got in many cases with preferential tax terms.

So the American public’s exasperation at this is very understandable.”

Following Buffett’s exasperation line of thinking, we’d like to close this post with the following quotation from Senator Louis T. McFadden’s Speech in the House of Representatives June 10, 1932:

“The United States has been ransacked and pillaged. Our structures have been gutted and only the walls are left standing … In that dark crew of financial pirates there are those who would cut a man’s throat to get a dollar out of his pocket; there are those who send money into states to buy votes to control our legislatures; there are those who maintain international propaganda for the purpose of deceiving us into granting of new concessions which will permit them to cover up their past misdeeds and set again in motion their gigantic train of crime.” 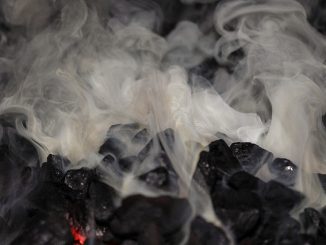 Buffett Thinks That If You Are Tied to Coal, You Are Screwed