Aside from finding a cure for cancer, one of the most elusive battles that numerous scientists all over the world have been trying to win is the fight against aging.

So far, with mice as test subjects, anti-aging techniques include the use of blood plasma, protein adjustment, stem cells, gene manipulation and senescent cell removal. The objectives are also diverse. Some scientists are working on slowing down the process, while others want to reverse it. There are also those who want to stop the process altogether so human life can be extended indefinitely.

Dr. Alex Zhavoronkov — director of the International Aging Research Portfolio (IARP) and U.K.-based charity group Biogerontology Research Foundation, also co-founder and CEO of bioinformatics firm Insilico Medicine — is among those who believe that while aging happens naturally and is experienced by all living organisms, it doesn’t necessarily have to mean that it should result in a degraded quality of life. In other words, Zhavoronkov is one of those who are advocating to classify aging as a disease — an unnatural condition that can be treated and cured; a problem that can be solved. He is likewise a ‘longevity enthusiast’ — Zhavoronkov believes it is possible to extend the current longevity record beyond 122 years.

Insilico Medicine is one of the avenues through which Dr. Zhavoronkov intends to prove what he believes about aging and life span. As he told LEAF (Life Extension Advocacy Foundation) in an interview, the company’s long-term goals are continuous improvement of human performance, and the prevention and cure of age-related diseases. And he believes the way to do it is by ‘using A.I. to discover new drugs and develop biomarkers for aging’.

Among Insilico Medicine’s more noteworthy projects is OncoFinder — an algorithm that’s used to analyze the activities of molecular pathways involved in growth, development, aging and cancer. In normal conditions, the algorithm can be used to determine which pathways lead to the development of conditions associated with aging. In pathological conditions, it can be used to predict which drugs will be most effective in treating diseases like cancer.

There’s also iPANDA algorithm which can be used to monitor changes in tissues and identify molecules that can target these changes. Together, these two algorithms help provide a better understanding on the changes that take place from a young state to an old state, as well as from a healthy state to a cancerous state.

Dr. Zhavoronkov is confident that in five years, they will be able to make breakthroughs in personalized medicine by being able to build comprehensive models that can be used as reference to predict, recommend and treat deviations from ideal healthy conditions. In other words, initiate interventions before disease has a chance to progress. And AI will play a major role in bringing this into fruition.

As he explained to LEAF: “I think that applying AI to aging is the only way to bring it under the comprehensive medical control. Our AI ecosystem is comprised of multiple pipelines. With our drug discovery and biomarker development pipelines we can go after almost every disease and we even have several projects in ALS… And since we are considering aging as a form of disease, many of the same algorithms are used to develop biomarkers and drugs to prevent and possibly even restore aging-associated damage.”

Renowned futurist Peter Diamandis envisions that in the next one to two decades, AI will bring in demonetization of our major everyday expenses and therefore considerably bring down the cost of living, including health care. But before that happens, Dr. Zhavoronkov believes that AI can help bring about the cure for aging and maybe other notorious diseases like cancer.

If both scientists are proven correct, and we are certainly rooting for them and the field they represent, then we logically should start believing in the idea that AI really promises to progressively improve our lives. So instead of fantasizing how the development of this striking technology could bring the end of the world, maybe we should focus more on the scale that AI promises, and how it will help usher in the beginning of a new world. 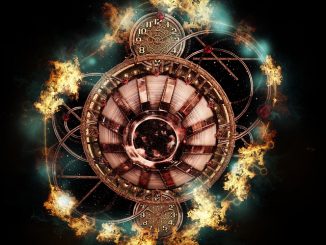