“On Sunday, a United Airlines flight was forced to divert after two passengers got into an argument over the Knee Defender, a $22 gadget that stops the person in front of the user from reclining,” report Alex Davies and Julie Zeveloff at Business Insider.

By packing people in tight spaces, air travel naturally sparks conflict over property rights. Who gets the overhead space? Or, in this case, who owns the right to recline?

Users of the Knee Defender believe they do. Deploying the gadget is this no different from a homeowner putting up a fence to keep out unwanted intrusions.

Others think the right belongs to the potential recliner. But that doesn’t always mean conflict. As Davies and Zeveloff report:

“Gary Leff, who writes the blog View from the Wing, agrees, but told Business Insider that “some courtesy is appropriate.” To preserve his own space, he said he once gave a young girl $5 (with her mother’s permission) in exchange for not reclining her seat, an original solution.

Somewhere Ronald Coase is smiling. He identified that answer in 1960 in his famous paper, The Problem of Social Cost.

But who should have the property right? Coase would say it depends–some people don’t like negotiating with other passengers. Given those “transaction costs” the right ought to be given to whichever person is most likely to want it most.

I’d bet on the “reclinee” not the recliner. Which might explain why more airlines now offer the ability to pay extra for more legroom. After all, United would rather you pay them than the little girl. 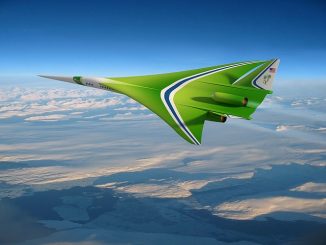 Keeping the Skies Safe From Kleenex