Reuters reports that US. District Judge William Orrick in San Francisco said that the Canadian smartphone maker, which sued over the design of the case earlier this year, had established a “likelihood” of proving that Typo infringed on several of the company’s patents and its “iconic” keyboard design, while mentioning that Seacrest’s co. had not sufficiently challenged the patents in question.

Objectively speaking, Typo had nothing to defend nor challenge. The company’s keyboard for recent iPhone models is a spitting image of BlackBerry’s keyboard.

“This ruling will help prevent further injury to BlackBerry from Typo’s blatant theft of our patented keyboard technology,” a spokeswoman for BlackBerry said.

The preliminary injunction prohibits Typo from the sale of its keyboard, which is still available on the company’s web store for the time being.

Judge Orrick’s ruling is part of the relief sought by Blackberry.

Typo said it was disappointed and plans to appeal the decision. 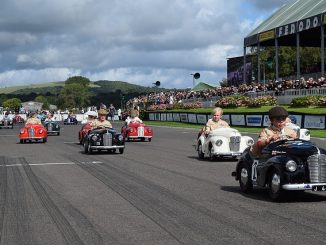 BBRY Stock: Why Ford Deal is so Important to BlackBerry